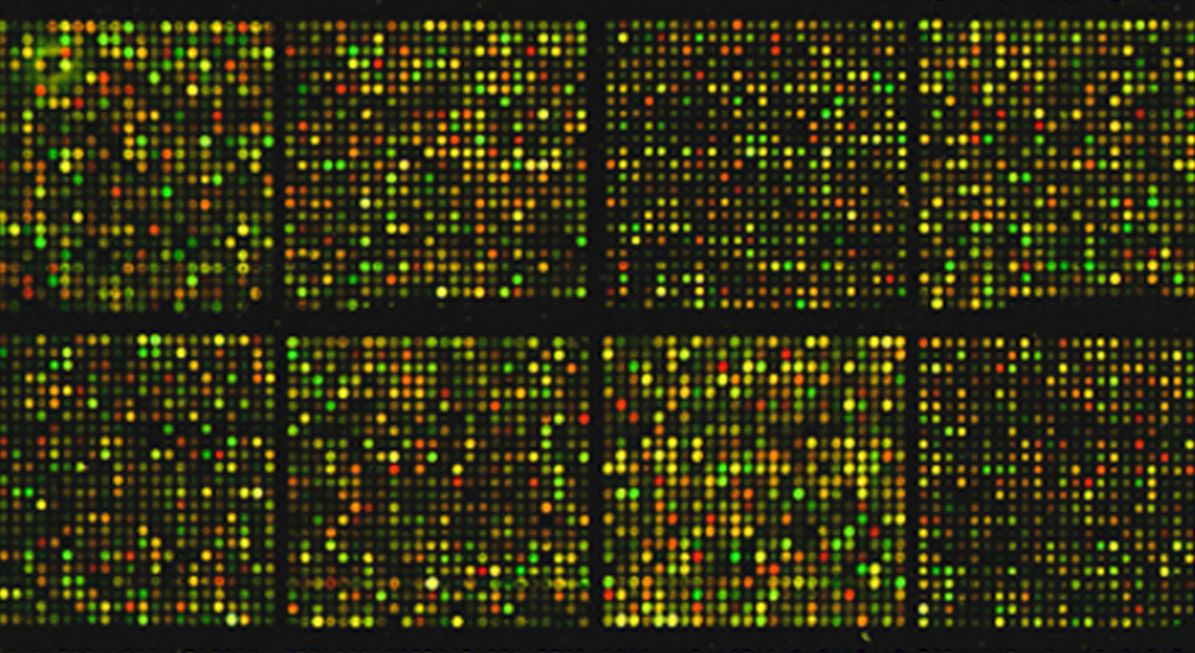 A composition of matter comprising:

a first population of oligonucleotides comprising a top strand sequence having the following formula:

a second population of oligonucleotides comprising a bottom strand sequence having the following formula:

Claim 12 further specified (in part) that (i) the nucleotide sequences of B and B’ are complementary and at least 15 nucleotides in length, (ii) the first and second population of oligonucleotides are capable of hybridizing to each other to produce a population of duplexes, and (iii) V1 and V2’ hybridize to different sites in a reference genome.

The appellant argued that the general statement in Koroulis was insufficient for anticipation, and that “[t]he Office Action makes no attempt to identify where Koroulis discloses the particular claim elements recited by the rejected claims.”

The PTAB sided with the appellant. It found that “[t]he bare statement that an array can include all possible nucleotides having an undefined length is not a disclosure of the two populations of oligonucleotides – having segments meeting specified structural requirements, arranged in a specified way – that are recited in Appellant’s claims.” Accordingly, the PTAB reversed the anticipation rejection.

The examiner also rejected the claims as patent ineligible under § 101, as allegedly directed to a natural phenomenon (“the claims are to oligonucleotides, the nucleotide sequence of which can occur in nature”). The PTAB also reversed this rejection, as a straightforward application of the U.S. Supreme Court’s Myriad decision.

In particular, the PTAB found the claimed oligonucleotides to be analogous to the cDNA found patent eligible in Myriad: “[t]he V1 and V2’ segments recited in Appellants’ claims might have the same sequence of nucleotides as found in a naturally occurring genome (since they hybridize to a reference genome) but the Examiner has not shown that a population of such segments – having variable sequences – are naturally found next to a common B or B’ sequence in their natural state.” Accordingly, the PTAB reversed the eligibility rejection.

Takeaway: Anticipation requires that a reference discloses “all of the limitations arranged or combined in the same way as recited in the claim.” Net MoneyIN, Inc. v. VeriSign, Inc., 545 F.3d 1359, 1371 (Fed. Cir. 2008). Ex parte Ruvolo shows that an overly general disclosure is insufficient to establish anticipation if the disclosure does not address specific limitations in the claims. By emphasizing the specific limitations in the claims, the Appellant in Ex parte Ruvolo overcame the anticipation rejection, as well as the § 101 rejection.