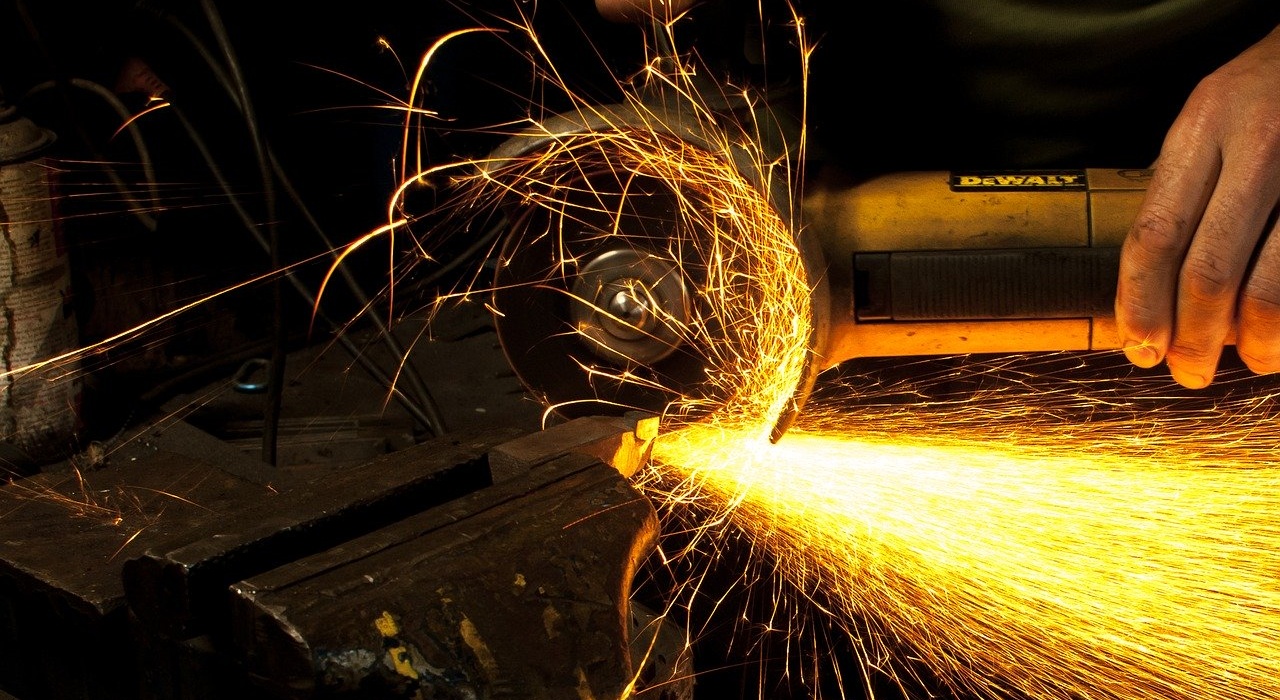 The independent claim on appeal read, in relevant part, as follows:

at least one portable machine tool including:

at least one tool receptacle having a tool receiving face configured for attachment of a machining tool; and

at least one receiving interface;

The examiner rejected claim 1 as anticipated by Kiss (US 2006/0068689), which describes a battery-powered manual power grinder. Regarding the claimed “removable” energy storage apparatus, the examiner found Kiss’s battery, which is located between two half shells, was “clearly removable when the shell halves are separated”. Id. at 2-3. The examiner disagreed with the applicant’s definition that “removable means ‘without disassembling’” and further argued Kiss’s battery “merely needs to be capable of being removed to anticipate the claim limitation” and “[i]t is also reasonable, if not inherent, that the battery [of Kiss] is capable of being replaced when [it ceases] to charge so that [it] can be replaced instead of throwing away the entire machine.” Id. at 5.

The Board, however, sided with the applicant. The Board found the applicant’s definition of “removably mounted” energy storage device as referring to an energy storage device that could be moved from a power tool “without disassembling the power tool” was consistent with the original disclosure. Id. at 5-6. Notably, the Board in this case relied heavily on the drawing illustrations, combined with the specification disclosure, to interpret the claim term at issue. Id. The Board further noted the examiner’s broad interpretation of the term to encompass Kiss’s battery would destroy the claimed receiving interface and/or energy storage apparatus and thus would be unreasonable. Id. at 6-7. Finally, the Board pointed out the examiner’s unreasonably broad interpretation of the term was premised on speculation and not on evidence.

In his concurring opinion, Judge Capp further found “the Examiner has hearkened back to a by-gone era to construe ‘removable’ in an archaic manner that should, in our modern times, be considered inappropriate and overbroad.” Appeal No. 2019-006594, Opinion Concurring, at 2. Acknowledging “[under] the broadest reasonable interpretation standard that we use during patent prosecution, claim terms are given their ordinary and customary meaning as would be understood by one of ordinary skill in the art in the context of the entire disclosure”, Judge Capp emphasized that it was unreasonable for an examiner to construe claim terms without considering the context in which those terms appeared because “it is the use of the words in the context of the written description and as customarily used by those of skill in the relevant art that accurately reflects both the ‘ordinary’ and ‘customary’ meaning of the terms in the claims.” Id. at 2-3.

Takeaway: This case illustrates the significance of applicant’s entire disclosure, including drawings, in setting the boundary for an examiner’s interpretation of a claim term to be “the broadest reasonable interpretation”. In addition, particularly relevant to an invention in a rapidly evolving technical field, it may be advisable to expressly define a technical term as understood by a person of ordinary skill in the art at the time of the invention.

previousExaminer’s Proposed Modification Not Obvious, Would Render Prior Art Inoperative for Intended Purpose